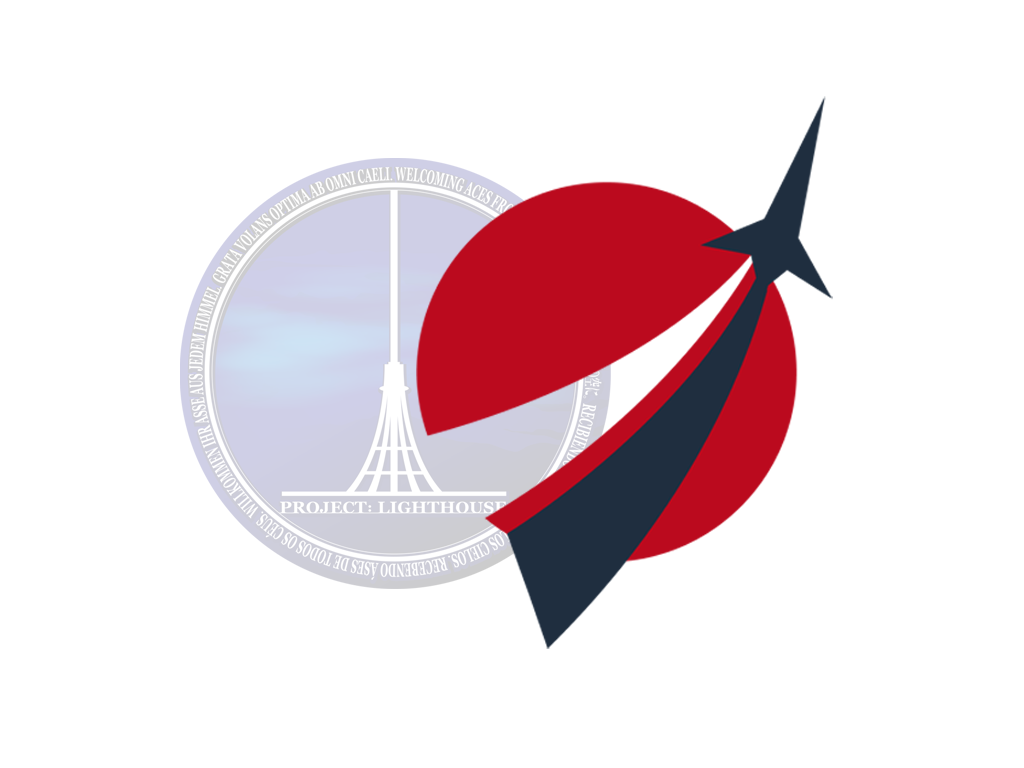 https://www.skywardfm.com/
November 2019 Rebrand Announcement
​It has been two years since we began operations. Thanks to everyone that has continued to support us throughout this time! As a humble fan site and community, we reached heights that even we did not expect. ​
​
​We began our public operations with the name "Project Lighthouse"  in November 2017. Lighthouse back then was an Ace Combat fan community driven by fans of that series. The content it presented started as fellow fan-level reporting on aircraft skin modding, game mods, and articles on the Ace Combat series. As time went on, our scope of content and seriousness in approach changed. Our articles began going beyond the range we had planned; interviews with indie and large-scale game developers, analysis, reviews, and translations of game console and PC flight games. Concerning the release of Ace Combat 7: Skies Unknown, we did our first event coverage in 2018 and 2019 for Gamescom and PAX West. Everything culminated in our reporting of the launch weekend of Ace Combat 7 at PAX South 2019.

It was a significant turning point, which acted as the catalyst for a change of what Lighthouse is. As it turned from being a fansite to a more focused media website about flight games, a decision about what Lighthouse would become going forward had to be made.

In December 2019, we are formally rebranding and reorganizing ourselves. With the same enthusiasm and a more forward-thinking posture, we plan to commence our next phase of operations with more journalistic ventures for flight games, flight simulators, and a selection of real-world content.

While more detailed information is going to be provided throughout November 2019, an FAQ is available in the bottom half of this blog post.

Thank you for your sustained interest in our content thus far and our future operations. We are eager to present our new look and content to the public as soon as possible. ​

[ FAQ ]
​Is Project Lighthouse closing?
No, we are not closing. We plan on continuing the same content creation you've all come to know from us. We are expanding to include other flight game content as well and positioning ourselves for a better future. A part of this is a rebranding of our organization.


What caused this change?
In the lead up to our coverage of PAX South 2019 during the launch weekend of Ace Combat 7: Skies Unknown, we had many unique things happen. Interviews with game developers Muddy Pixel and Project Aces, coverage of Gamescom 2018, PAX West 2018, and PAX South 2019 with a minor analysis of a book we received directly from Jim DeFelice and completion of multinational projects to produce informative articles and videos for new fans of a flight game series. After all of this, it is clear that we are no longer just a fansite. We have the ability and opportunity to be a media website with a focus on digital aviation and related content.

Why change the name and logo?
We were founded as an Ace Combat, only fansite. The name "Project Lighthouse" is tied to Ace Combat 7: Skies Unknown, which was not released at the time we formed. As we are now formally moving beyond being an Ace Combat only fansite, a new identity is needed. The new identity would also help us avoid any potential legal issues in the future, as our current name (Lighthouse) and the likeness of the International Space Elevator in our logo are obviously from Ace Combat 7, which is owned by Bandai-Namco.


What will change in your content?
Content will be gained, not lost. Today, we can say that our content ratio is something between 5 to 7 Ace Combat articles for every non-Ace Combat article. Under our new name and organization, we will be gradually changing this ratio while continuing to provide Ace Combat-related content and expanding into other flight games from the past, present, and future. This includes more interviews with developers and content creators, articles about various flight games, and new video playthroughs for flight games and more. There are also plans for a selection of real-world content.


Will creators no longer be supported?
The amount of content from creators with varying sizes of followers, types of projects, and length of operational time will noticeably increase in our website. We will begin presenting works from and interacting with creators in new ways that better highlight their products. The new idea to show an entire area on our website for content creators will be explained in more detail in the near future. ​
​
Any other frequently asked questions we receive through our social media, video channel or Discord will be added to this FAQ if needed.
​